2021 Victorian Father of the Year 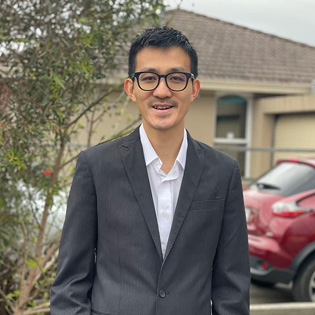 A Clayton father of three young children who has shown unwavering dedication to his family through grief and the hardships of COVID-19 has been named the 65th Victorian Father of the Year.

Malaysian-Australian man Sam Chew, is single-handedly raising his three young kids after being widowed over two years ago. With many incredible dads and father figures nominated this year, Sam’s story of persevering in face of adversity to ensure a bright future for his family stood out. He was unanimously chosen as the winner of this prestigious award by YMCA Victoria (the Y).

The Lord Mayor Sally Capp presented the award over Zoom on Friday 3 September 2021, stating that despite not being able to present the award in person, she was honoured to celebrate such an extraordinary father.

“Every year I am in awe of the nominees, but this year is truly inspirational.”

The 38-year-old was nominated by his children’s early learning centre director Kashmira Bhathena, who said,

"I want to celebrate and recognise Sam's commitment to his children as he is a man who never asks for help or shares his struggles despite having faced some of the worst experiences one can go through."

Sam has been the rock for his three children Jensen, 9, Jeremy, 5, and Nara, 2, since his wife and childhood sweetheart Grace tragically passed away in 2019. Grace was seven months pregnant with Nara when she suddenly collapsed collapsed due to preeclampsia, a condition that causes sudden high blood pressure during pregnancy. She was rushed to hospital, where Nara was delivered by c-section and placed in intensive care while Grace was put into an induced coma. Sadly Grace passed away two weeks later.

“Life can sometimes be really cruel. Preeclampsia can happen so fast and is life threatening during pregnancy. During the two weeks in ICU it was a rollercoaster and I thank all the ICU nurses who gave me warm hugs and kind words to keep me strong.”

Sam was left as the sole carer for three young children, including a premature newborn. With no family or wider support network in Australia, Sam stepped up and did everything from night feeds, to school drop offs and home schooling, on top of going to work.

Incredibly humble and not wanting any sympathy, Sam says,

"I'm just their dad and don’t want the kids to miss out on anything they want or need. Sometimes life can be tough, but so are we".

In her nomination, Kashmira said, “Sam considers his children a gift from his beloved Grace. It was Grace’s dream to come to Melbourne, start a family and provide them with the best life possible. Sam is doing everything he can to follow through with her dream.” 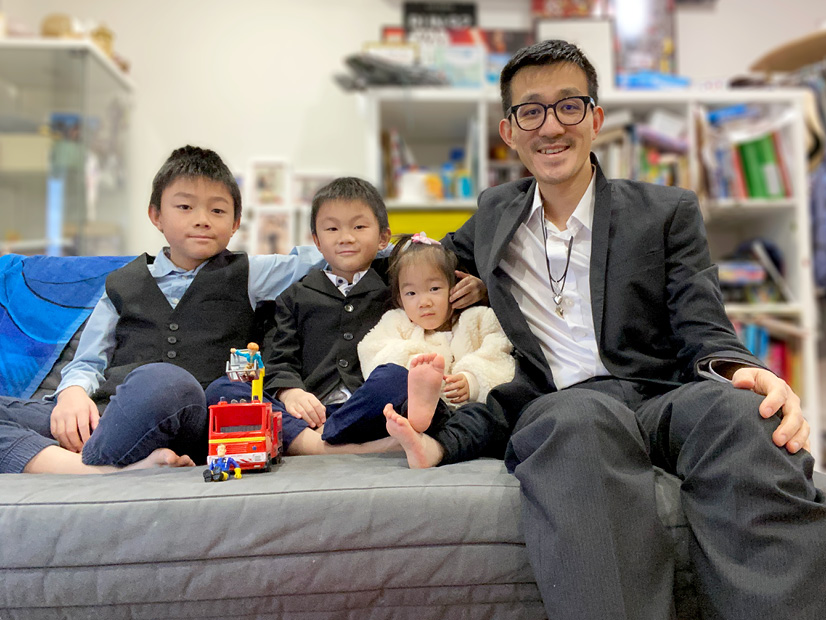 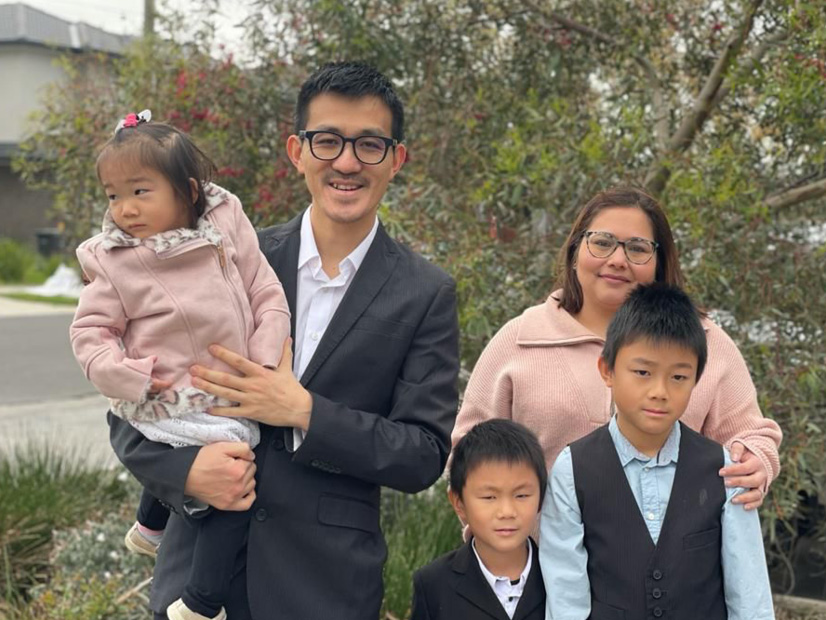 Sam Chew - the 2021 Victorian Father of the Year, with his friend Kashmira and children Jenson, Jeremy and Nara. 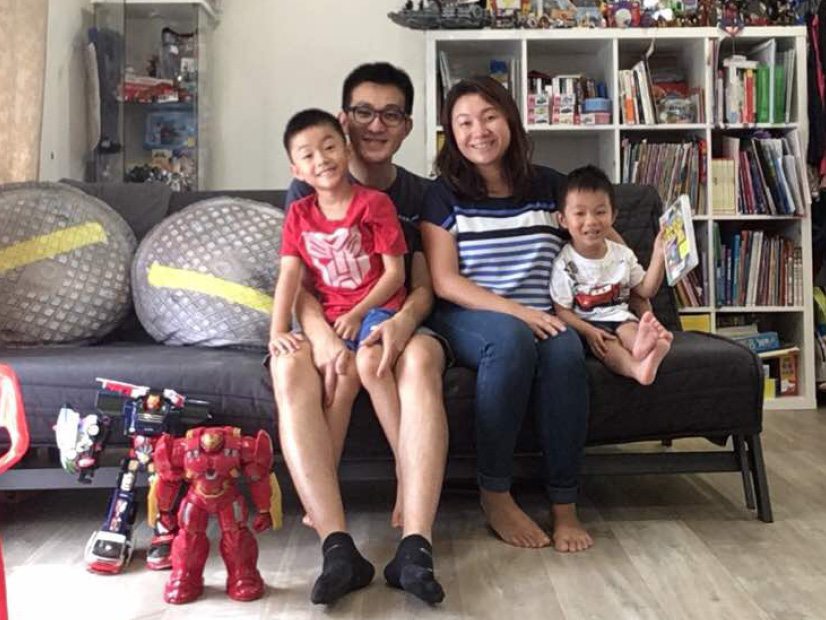 Sam Chew - the 2021 Victorian Father of the Year, with his wife Grace and children Jenson and Jeremy. 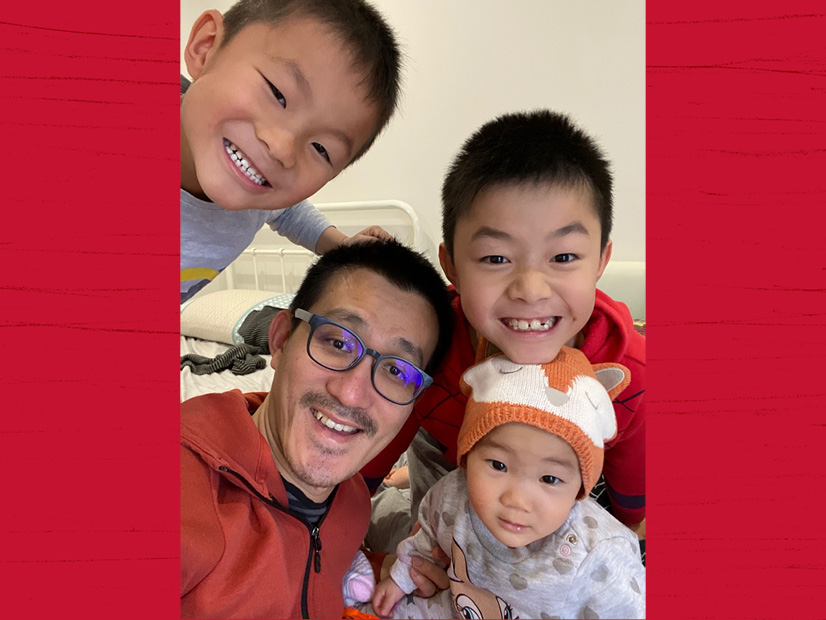 While the pandemic has brought hardship on many people, Sam’s struggles are unparalleled. He has had difficulty finding a flexible job that allows him to juggle taking care of the kids and earning a decent wage to support his family. He has held various jobs over the past two years and currently works for an indoor plant delivery company.

Jensen, Jeremy and Nara have all attended the same early centre since birth so are well known to the staff and community. In this time of hardship and with a lack of extended family in Australia, the centre and the wider community have become the Chews’ family.

“I really appreciate all the help, company, warm hugs and kind words they gave me and the kids,” Sam said.

“Jensen is older now and he understands more about our family circumstance. He’s recently started helping out a lot more around the house which makes me emotional because I don’t want him to lose his childhood and grow up too quick, but I am grateful for the help.”

Kashmira was absolutely thrilled when she heard Sam, someone who usually keeps to himself and doesn’t share his hardships with others, was being recognised publically for his dedication to his children, especially by the community who he has relied on through this difficult time. “I know he doesn’t want the recognition but he deserves it,” she said.

Sam joins a long list of past winners including Andrew Gaze and Bert Newton.