2020 Victorian Father of the Year 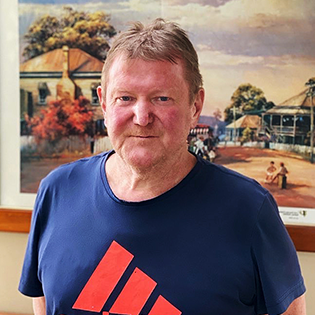 A father of three who shows unwavering support and dedication to his family has been named this year’s Victorian Father of the Year.

Stephen Curran from Sunshine, a train driver who has worked at Metro Trains for four decades, was unanimously chosen for this prestigious award by YMCA Victoria in association with The Father’s Day Council of Victoria.

The Lord Mayor Sally Capp presented the award over Zoom on Father’s Day, stating that despite not being able to present the award at the Melbourne Town Hall as usual, “it should not deter us from celebrating one extraordinary father today.”

The 58-year-old was nominated by his 21-year-old daughter, Sarah, who says she is lucky to have a dad who supports her and her two siblings through thick and thin. Sadly, the award comes as they approach the first year anniversary of Stephen’s wife’s passing.

Stephen stepped up for his family while his wife, Julie Curran, battled cancer for several years, ensuring the family unit remained stable in hard times. And his three children could not be prouder of him. Matthew, 18, Sarah, 21, and Ben who is 31 and has spina bifida, think the world of their dad and have watched him take on the role of breadwinner, caregiver and homemaker, ensuring each of his children have everything they need physically and emotionally.

Incredibly humble and with the belief that his family support him as much as he supports them, Stephen says, “We are close and we look after each other.”

“Ben is in a wheelchair and can be a bit of a handful, Matt is in Year 12 and is doing well with home-schooling, I’m very proud of all my kids. They’ve gone through a hard time, and it’s just part of being a dad – to be there for your children.”

In her nomination, Sarah wrote: “My dad has been a dad for over 30 years, and throughout this time he and my mother suffered countless lows and highs, however throughout this he continues to work and show that he loves us. The last few years however have been the most trying with mum passing away. It has taken its toll on him but he has continued to show us that perseverance can be unwavering in the face of continued stress and bad news.” 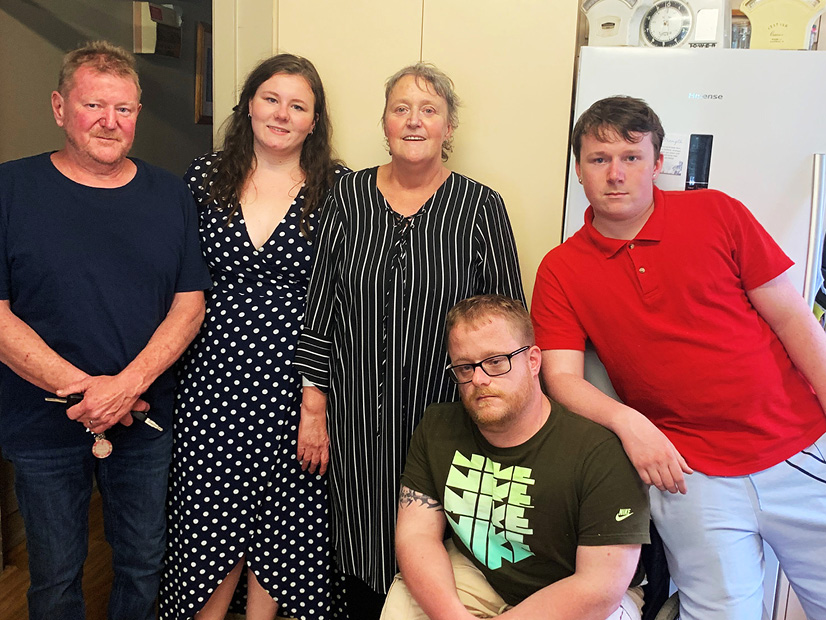 Stephen Curran - the 2020 Victorian Father of the Year, with his wife Julie and children Matthew, Sarah and Ben.

As parents we all do our best and I am in awe of the fathers and father figures that have faced extreme challenges and remained inspiring role models for their kids. In any year, that is a tough gig, but coupled with a global pandemic, that is truly inspirational. Sally Cap

Since losing their beloved wife/mother, Stephen has taken on the role of main carer for Ben, does the washing, cooking, cleaning, school and sport drop-offs and anything in-between for his family. All the while starting work at 5am to drive the trains and be home in time to share dinner with his family, which Sarah notes is not something all families make the time to do.

In a pre-COVID world, Stephen could be found at Matt’s basketball and football training five nights a week, stepping in to referee if no one was there to do it.

Matt says, “He takes me everywhere. Sometimes I even play on the other side of the state and he’ll take me there because he believes in me. He cares about me more than he cares about himself. He guides us in the right direction.”

Stephen supported his wife and children through his wife’s chemo, visited her in hospital on his lunchbreaks, and did everything he could to provide support and normality during such a devastating time. Stephen’s sister-in-law Wendy says that “from a sister’s point of view, I cannot put into words how awesome he was during that time. He and Julie were married for more than 30 years and they were made for each other.”

Stephen’s manager at Metro Trains, Thomas Purkis also could not speak highly enough of Stephen and was thrilled to hear he had been offered the award. He said that he couldn’t think of a dad more deserving of Victorian Father of the Year, especially after the year Stephen has been through. He couldn’t wait to share the news with their ‘comrades’ at Metro Trains.

In addition to the physical award, Stephen received a family membership with Zoos Victoria, $1000 Bunnings voucher, and complimentary access to Y-managed recreation facilities for a year (when they are open as normal). The Y and Father’s Day Council would like to thank Bunnings and Zoos Victoria for their generous support.

Since 1956, The Father’s Day Council of Victoria has chosen a Victorian Father of the Year, to celebrate and recognise the important role fathers and father-figures play in family life. For almost two decades the YMCA has partnered with the Council to coordinate the award. Stephen joins a long list of past top dads including: Bob Hawke, Andrew Gaze and Bert Newton.